I'm at a loss. First the Missouri Tigers lost on Saturday. Then the Kansas City Chiefs got crushed on Sunday. My fantasy football team, the Pulpit Pounders, lost big. Football really let me down this weekend.

What the?!?!? They're still playing baseball? Well, I guess I'll check it out. 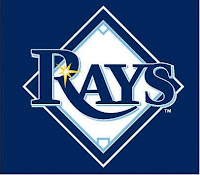 Truthfully, I'm pretty pumped for the World Series. You know why I've gotta root for the Rays, don't you? The fifth smallest market in Major League Baseball (Milwaukee, Kansas City, Cincinnati, and Pittsburgh are smaller); the fifth youngest team in Major League Baseball (Oakland, Washington, Texas, and Florida are younger); ended last season with the worst record in baseball - and they are in the World Series. Who doesn't love a story like this?

For those of us who work in churches, trying to do miraculous things with limited resources is a situation to which we can really relate! And you gotta love it when a group who puts a priority on talent over experience succeeds at this level. Then you add in the whole "worst t0 first" dynamic, and I just can't help rooting for these guys - worst record in baseball in 2007 and then, undaunted, focused on their common goal, they keep on playing and come back the very next year to make it to the Series!

Email ThisBlogThis!Share to TwitterShare to FacebookShare to Pinterest
Labels: Baseball

LOL! I like a good story too. However, as a Cubs fan it kills me that the Rays could when it all before we will for the first time in over 100 years!
Go Rays! Sigh.

Sorry...not sure how to make a link in a comment.

LOL! When I re-read my comment, I realized that I spelled win as when! What a dork am I!