I am ambivalent about the idea of boycotting Donald Trump’s inauguration.  On the one hand, I see the point of refusing to “legitimize” his presidency. I respect that perspective and certainly can understand where it comes from.

And on the other hand, I can also understand the argument that boycotting is the same kind of petulant behavior that has characterized Washington D.C. for the past several years, and a different tone needs to be set. By someone – anyone! And that could start with Mr. Trump’s opponents this year.

So I’m not boycotting. (Of course, I’m not attending, but I’ll be watching it.) And the reason I’m not boycotting is because I want to keep my eyes as wide open as possible. I am one of the “we the people” to whom this nation belongs, and I want to be a part of it as fully as I am able.

See, I believe that Donald Trump himself has revealed exactly who he is. I am relying on nothing but his own words and actions to form my opinion of what kind of president he will be. And based on his own words and actions, his own record, his own long and well-documented public history, I cannot see how he will be able to handle the responsibilities of the presidency in an effective way. Frankly, I am afraid that it is going to be a complete disaster. 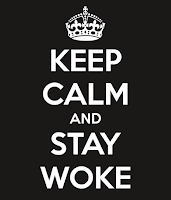 But with that said, I do not believe that is a reason for me to boycott the inauguration events. In fact, I see that as a reason for me to watch. I prefer to “stay woke” at this point, as the saying goes. And to me, that means not boycotting him, but rather the opposite – scrutinizing him.

The Missouri State University Choir is singing at the inauguration, and many have questioned their presence, indicating that it is an endorsement of Mr. Trump’s presidency. I do not agree. In fact, I think the song they are singing is a pretty profound protest against some of what Mr. Trump stands for.

It is called “Now We Belong,” written by Minnesota poet Michael Dennis Browne.

Here are the voices of every creature,
Here are the calls of every heart;
Here is the place of strangers’ welcome,
We who once walked in strangers’ shoes.
Once we were strangers,
We were welcomed,
Now we belong and believe in this land.

Here are the rivers of many echoes,
Here are the leaves of every tree;
Within us live the long horizons,
Winds that stir the sacred stones.
Once we were strangers,
We were welcomed,
Now we belong and believe in this land.

Here are the cities where we have gathered,
Here are the barns where hope is stored;
We are the gleams of every being,
Filled with the dreams that build the day.
Once we were strangers,
We were welcomed,
Now we belong and believe in this land.

If nothing else, I will watch the inauguration to hear these prophetic words sung in the presence of the most powerful people in the world, ensuring them that the American people will keep watch, we will guard our minds and our spirits, we will keep faith and take courage.

And most of all, we will love. We belong, we believe, we are not going anywhere. And we will love one another with the fiercest, most powerful love ever witnessed. A love that ensures eyes wide open, ears listening closely, and voices that will not be stilled, until peace and justice are the norm and not just the ideal.
Posted by Andy B. at 8:13 PM 3 comments: